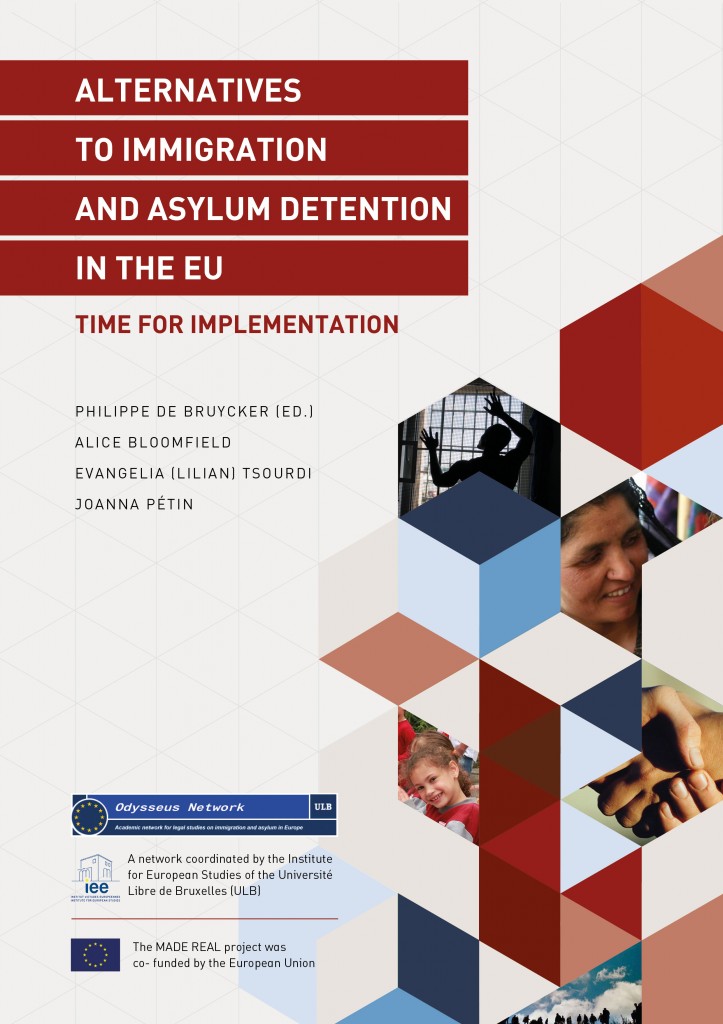 This report is an integral part of the MADE REAL project ‘Making Alternatives to Detention in Europe a Reality by Exchanges, Advocacy and Learning’ which was co-financed by the European Commission and implemented by the Odysseus Academic Network together with 13 national partners.

It constitutes a significant pooling of knowledge on the law and practice on detention decision-making and alternatives to detention in 6 EU Member States (Austria, Belgium, Lithuania, Slovenia, Sweden and the United Kingdom). In addition, it includes legal research on the scope of Member States’ obligations to implement alternatives to immigration detention under international, European (i.e. Council of Europe) and EU law. It advances an understanding of what alternatives to immigration detention are, bearing in mind the above-mentioned legal frameworks and in particular the precisions that were brought about by the Return Directive and the Recast Reception Conditions Directive.

The critical analysis of the legal frameworks as well as of the significant mass of information on national law and practice has led to the identification of underlying principles and good practices for fair decision-making on, and effective implementation of, alternatives to detention. However, the research also reveals defective practices, which contravene the legal obligations of Member States and are ineffective in achieving Member States’ objectives.

It is hoped that the present study will contribute to factual-based and legally sound advocacy and will act as guide for policy and decision-makers throughout the EU.

The European Commission support for the production of this publication does not constitute an endorsement of the contents which reflects the views only of the authors, and the Commission cannot be held responsi­ble for any use which may be made of the information contained therein.
Social media & sharing icons powered by UltimatelySocial