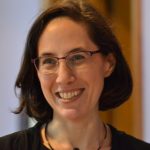 Meltem İneli Ciğer, Odysseus Member for Turkey, published a new chapter  in a newly published book edited by David Moya and Georgios Milios: Aliens before the European Court of Human Rights: Ensuring Minimum Standards of Human Rights Protection. The book conducts an in-depth analysis of the ECHR’s jurisprudence on migration and asylum. Each chapter deals with the […]

Lilian Tsourdi member of the Odysseus Coordination Team and Assistant Professor at Maastricht University, and Philippe De Bruycker, Odysseus’ coordinator, with Violeta Moreno-Lax and Jennifer Allsopp, have co-authored a new study for the Libe Committee of the European Parliament: “The EU Approach on Migration in the Mediterranean”. The study covers developments from the 2015 refugee […]

Tesseltje de Lange, Odysseus Member for the Netherlands, appointed Professor of European Migration Law at Radboud University  will assume her office in an inaugural lecture: “Welcoming talent. European Migration Law has a part to play“. The lecture will be given on Friday 2 July 2021, from 15:45. Registration & info here .

Prof. Dr. Francesco Maiani, Odysseus Member for Switzerland and Associate Professor of European Law at the University of Lausanne will moderate the online event A European Refugee Law: Blessing or Curse for the 1951 Geneva Convention? . The event is part of the celebration for the 70th anniversary of UNHCR. Click here for the overview […]

Jean-Yves Carlier, Odysseus member for Belgium, and Pieter-Augustijn Van Malleghem published a new article in the Journal de droit européen: La libre circulation des personnes dans l’Union européenne. The article highlights the most important legislative and case-law developments in 2020 concerning the free movement of persons. The focus is directed on the effects of Covid-19 […]