The latest isues of the NEMIS and NEAIS Newsletter and a CJEU overview by the Dutch Member of the Odysseus Network are now available here: http://www.ru.nl/law/cmr/documentation/cmr-series/ 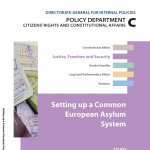 In 2010, the Odysseus Network produced a comprehensive report on the Common European Asylum System after the request by the European Parliament’s Committee on Civil Liberties, Justice and Home Affairs. Six years on, the report remains relevant to the understanding of the future and the challenges of the CEAS. You can read the report here.     […]

Prof Dr Daniel Thym, German Member of the Odysseus Network and based at the University of Konstanz has published a new article in the Common Market Law Review, titled “The ‘Refugee Crisis’ as a challenge of legal design and institutional legitimacy”. Abstract Events during 2015 and early 2016 revealed structural deficiencies at the heart of […]

The Odysseus Network is delighted to announce the 2016 winners of the Odysseus Prizes for outstanding publications in EU Immigration and Asylum Law. In the category of Best Publication, the prize is shared between Dr Cathryn Costello for her book ‘The Human Rights of Migrants and Refugees in European Law’ and Prof Marie-Bénédicte Dembour for her […]

We are happy to congratulate Lilian Tsourdi, member of the Odysseus Coordination Team and based at Université libre de Bruxelles and the European University Institute in Florence, on her PhD in Law from ULB, awarded on 7 December. The title of her thesis is ‘Administrative Governance in the EU Asylum Policy: The limits of the European […] 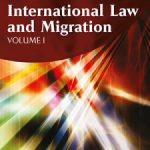