Dr. Madalina Moraru is a Postdoctoral Researcher at the Law Faculty of the Masary 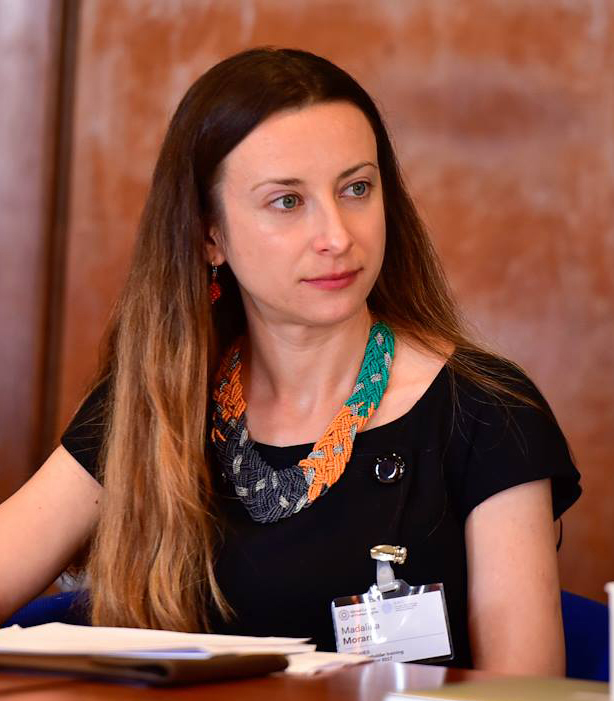 k University, Brno where she has obtained a research grant for the project on Reforming European Administrative Governance in times of crisis: Common or disjunctive sector regulatory models (EUADMIN-GOV). She is also a Research Fellow at the European University Institute (EUI), Centre for Judicial Cooperation (CJC), in Florence, Italy, where she is coordinating the legal training on asylum and migration, and on the interpretation and application of the EU Charter in various EU law fields. She is the editor of Distinguished Lecture Series Papers, of the European University Institute, Centre for Judicial Cooperation.

She has been regularly invited to speak as expert on EU law issues by EU Institutions and international and non-governmental organisations. She has been the advisor for a Member of the European Parliament. She is also the founder of the non-governmental organisation, European Centre for Legal Expertise, which is actively participating in policy analysis and drafting in the field of human rights. She has won several EU-funded grants on fundamental rights, EU policy implementation and legal training (ACTIONES, e-Nact) She has extensive expertise in coordinating European wide projects involving research and consultancy in the field of asylum and migration and fundamental rights.

She has published extensively on the topic of the EU citizenship rights, fundamental rights, judicial dialogue and asylum and migration. The following are among her recent publications: