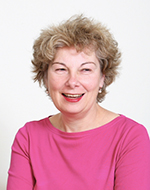 Her recent publications include: